Cherimoya won a complimentary 1 hour christmas studio shoot courtesy of C.S. Ling Photography! Shoot was on 06 Oct 2013 and Cherimoya was so active with every props that once she figured out the escape route, she'd keep repeating the same stunt over and over again, quicker and quicker each time! The only good time to shoot was probably the first couple of times for each prop when she's still in a blur stage before she figured out the escape route. Food was also pretty useless because she'd just either stuff them in her pouch or just ignore them. Mom also brought some props along and the green apple house and trolley were used haha. Dad says the trolley kinda became Cherimoya's trademark lol.

The photographer is so patient though altho Mom said she felt kinda bad and ''malu'' at Cherimoya's behaviour lol. Mom was even wondering if there were any good shots at all haha! Cuz Mom and Dad had to be on full alert mode standing at the sides to prevent Cherimoya from falling or jumping off the table. Shooting small animals is indeed a challenge. Besides Cherimoya, two other small animals won the shoot too - a chinchilla and two guinea pig brothers.

The free 1 hour session was inclusive of a mini photocrylic tile (worth $60) and 3 web-res photos (out of 10). Mom decided to top up $250 for 5 extra medium-res (up to 6R size) photos because she really liked them!

CD was also inclusive of photos for uploading unto Facebook which has her watermark. Also check out her blog on this shoot!

Sharing the FB ones here 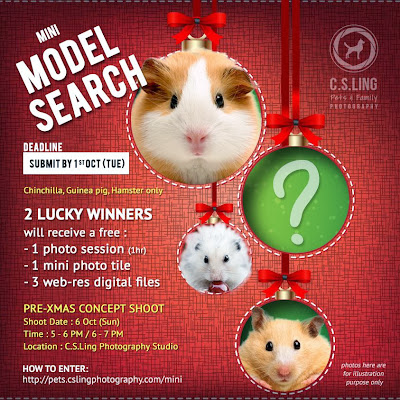 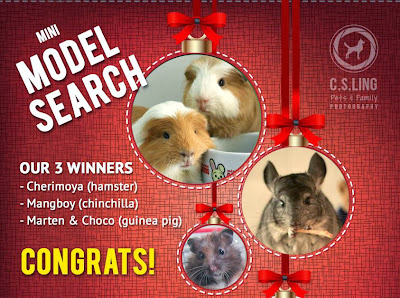 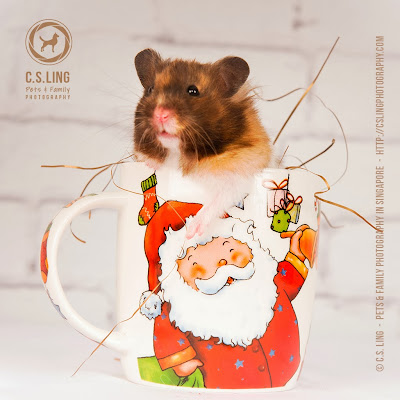 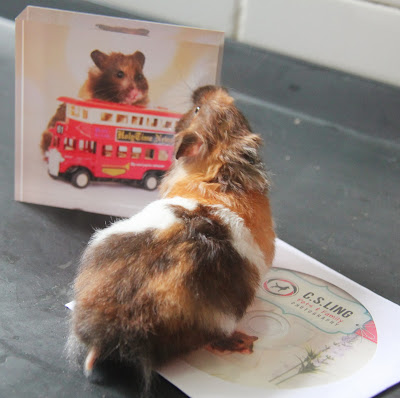 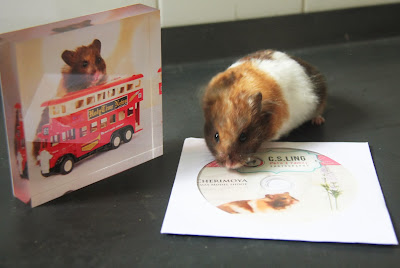 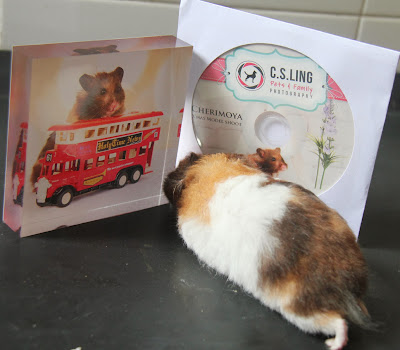 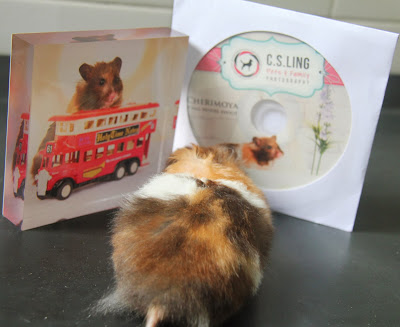 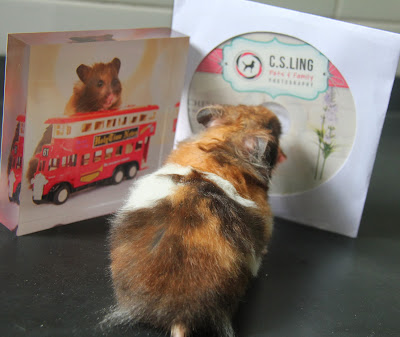 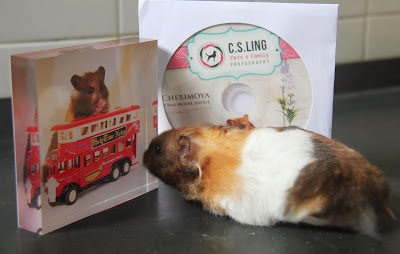 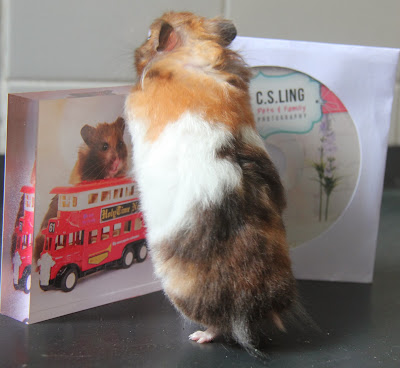 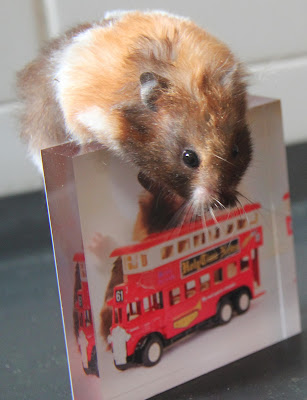 If you've small animals and you'd like a studio shoot, book a session with her now for a christmas concept shoot! You won't regret it! Mom really loves her work on Cherimoya. Just that it's a pity syrian hamsters are solitary creatures and even though they brought Grandma Honey along for fun, they couldn't be shot together in case fights broke out between them. Fights between hamsters are really too quick for humans to react and separate them. Their teeth are their weapons and they could easily pierce through the skin or puncture organs in the worst case scenarios. So Mom thought it ain't wise to risk it at the studio so there you go, solo Cherimoya! Not that Mom is bias or anything okay...

And once again, Mom wanna thank C.S. Ling Photography for these awesome peektures. Cherimoya is a very special hammie to Mom and she has brought out Cherimoya's beauty so nicely and perfectly (despite Cherimoya's lightning escapism speed) that it exceeded Mom's expectation of the entire shoot. Mom can't even bear to display the photocrylic tile in case it gets dusty or if the cat knocks it off and breaks it lol! She is that weird... rather keep than display. Kuku Mom.
Posted by *birdee* the alpha miniature schnauzer bitch at 13:29
Email ThisBlogThis!Share to TwitterShare to FacebookShare to Pinterest
Labels: Cherimoya - LH Calico Syrian Hamster, Cherimoya and Grandma Honey - LH Calico Syrian Hamsters, contest, Family

Promote Your Page Too 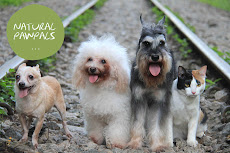 Forever In Our Hearts

All photographs & videos posted on this blog are Copyright of the owner of this blog. Please seek permission from this blog's owner by leaving a message here if you are interested in using any of the photos or videos here for your personal/commercial usage. 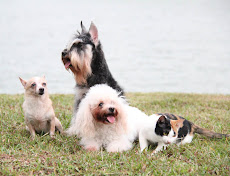 Leaders are Borned, not made. - Velvet 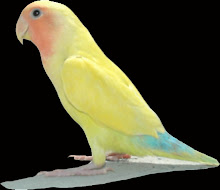 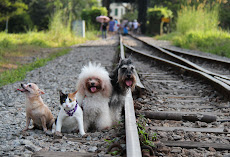 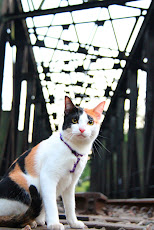 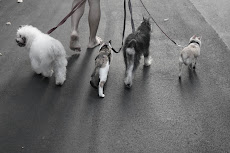